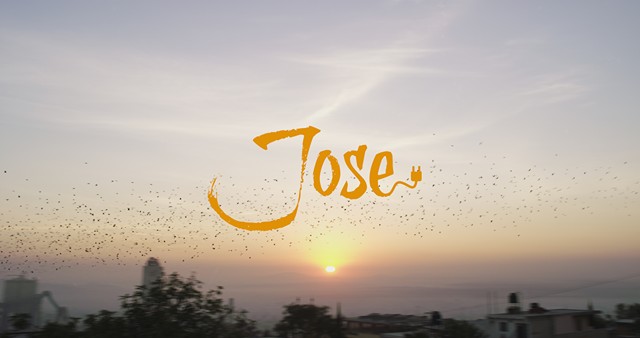 If the last couple weeks are any indication, it would appear safe to presume the Black Umbrella family is ready to unleash an onslaught of content upon the masses this year. It became evidently more clear when, after dropping the cinematic "Clout", Raz Simone returned with two new videos in just about as many days.

The first release came in the form of the Paul Judge-produced "Jose", a plug-feuled anthem accompanied by another Jacob Hill-shot visual experience. Filmed on location in Guadalajara, Mexico, "Jose" showcases Simone and Anthony Danza laying their fiery verses in all the places most tourists would be unable to visit. Apparently, someone in Black Umbrella knows the plug...

"To by my friend, I should make you have a wavier signed,
'Cause anytime I'm out, it could be danger, danger time"

In the heart and soul of cartel country, Simone uses the video to once again reveal and put on display just how "real" he is. As noted in the "Clout" piece, Raz is no gimmick - his music, his demeanor, his lifestyle is unapologetically authentic.

While other artists may rap about certain unlawful activities in hopes of gaining "street cred", Simone shoots a music video in the obscure areas of a city where most people won't, can't and don't visit. He doesn't need to speak on anything directly in hopes of being viewed in a certain light - rather, he performs on the streets and in the mansions of Guadalajara, decked out in his chains and rings. Not only is Raz shooting a video in these tourist-free locations, he's doing so without the fear of being jumped, robbed, kidnapped and/or killed. 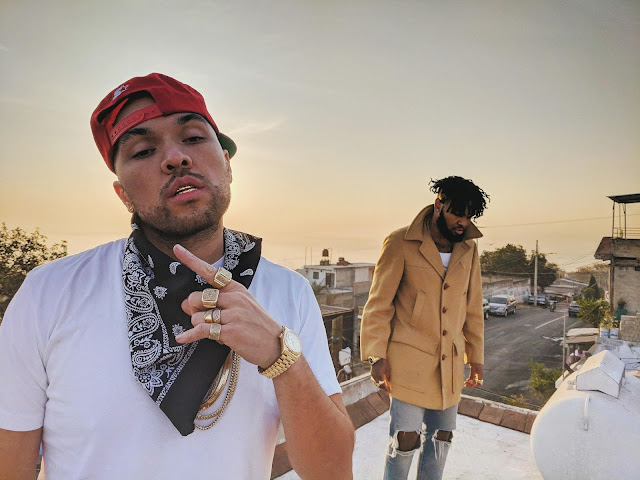 Hands down, one of the highlights of "Jose" is the uncaging of Anthony Danza, who laces the track with his accent-heavy verse after the police detain and then release him to Raz. Danza brings a smooth, confident flow to "Jose", which compliments the raspy, grimy sound provided by Simone. "Jose" serves as a great introduction to what Danza is capable of and sets the stage for future releases - both solo and guest spots - from the Black Umbrella artist. It's worth noting that Danza received co-producer credits on "Clout", so he's bringing multiple talents to the table.

Both artists ride the heavy crashes of the aggressive instrumental, with the sonic waves calming exactly when they need to, allowing the verses to rise above the production momentarily until the vocals and the beat once again coexist. As is common with Simone's releases, the viewer/listener gets a real sense of the teamwork that exists amongst the Black Umbrella brethren. Each aspect of the final product plays it's role in creation of a full, visual and auditory experience. The verses are complimented by the production, and vice versa.

Simultaneously, Jacob Hill's ability to shoot and edit with such precision compliments the track itself to perfection. With so many artists eager to release an abundance of content, it's easy to come across videos that seem forced and, for lack of a better term, almost pointless. When Raz, Hill, and the rest of Black Umbrella come together, they are making sure each scene, each shot, each snare crash, each inflection of the voice...everything serves a purpose, everything is meaningful and everything adds to the final product.

March 06, 2018
Since first releasing Crack  in 2012, Aaron Cohen has been blessing fans and potential fans alike with an ever growing catalogue of music. Whether he was releasing mixtapes, EPs, or dropping features on various InnerCityKid records, Cohen has allowed listeners to witness firsthand his growth as an artist. As such, he was giving those who chose to pay attention some insight into his evolving headspace on a personal level as well.  Like many up and coming artists, Cohen has been faced with - and thrived through - a plethora of trials and tribulations that tested his will, drive and determination. Rather than giving in to industry standards or demands, or succumbing to the pressures of being an independent artist in a oversaturated online market, the New York by way of Seattle artist has managed to pave his own lane into the spotlight, staying true to his personal values and integrity in the process.  After spending the better part of the last 7 years dropping well received m
Post a Comment
Read more

February 25, 2019
Some artists are adept at creating music that blends genres, the resulting product sounding unique in its own right. Others, like Abiyah and Ceschi , transcend past the mere blending of styles to offer up sonic manifestations that manage to  defy any sort of genre all together. Despite countless journalistic attempts to compartmentalize via labels, the music stands on its own foundation, blasting through the speakers free of any label or definitive denomination. This genre-less creative approach is strikingly evident with the Cincinnati-based artist's "Champion Plaque", a new single featuring Ceschi that was first imagined in 2015. The free-flowing delivery of vivid, picturesque storytelling from both artists acknowledges the saturation of inauthentic people permeating our daily lives. Abundant in subject matter that is relatable while also forcing listeners to take an uncomfortable look in the mirror, "Champion Plaque" is a call to action, tearing away at
1 comment
Read more